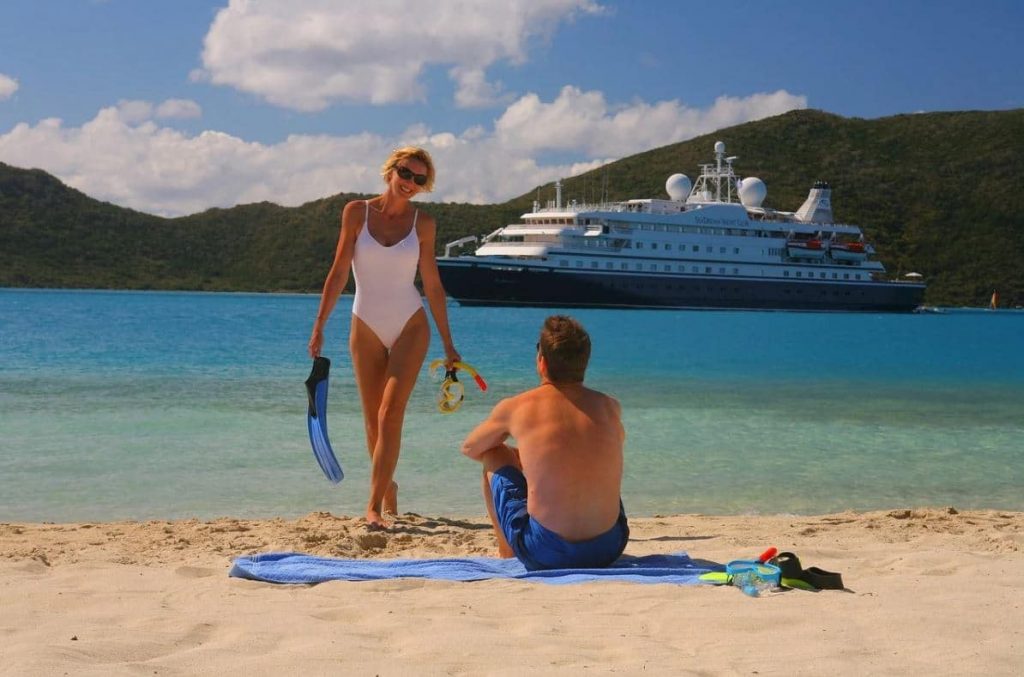 WASHINGTON – Would you be willing to take a cruise right now? How about attending a live sporting event? Or staying in a hotel? Perhaps flying?

A new survey of the travel and leisure attitudes of Americans found that more than half would take a cruise, while just under half of respondents would attend a live sports event, stay in a hotel, or visit a casino.

Called the “Back-to-Normal Barometer,” the ongoing research compares consumer attitudes during the pandemic to their attitudes following other calamities, including the Sept. 11 terrorist attacks and the 2008 global financial crisis.

“All of us are operating in a COVID-19 environment right now,” said Ron Bonjean, a partner with Rokk Solutions, the bipartisan public affairs firm.

“The idea behind the barometer is to provide companies and trade associations with information they need about what it might take to get consumers back to their regular activities,” he said.

“Our research takes an unprecedented review of consumer attitudes of the past compared to today’s environment, so that a vast variety of industries can make strategic business decisions to navigate the difficult terrain ahead to get back to normal,” Bonjean added.

Jon Last, president of Sports and Leisure Research Group, said he drew inspiration for the barometer from first-hand experience of the pandemic’s disruptive effect.

“I was actually out in Las Vegas in March, watching what turned out to be the last fully played basketball game of the year, when the NCAA abruptly canceled its tournament over concerns about the coronavirus,” Last said.

At almost the same time the NCAA acted, both the NBA and the NHL were moving to suspend their 2019-2020 regular seasons, and just a day later, Major League Baseball announced it was suspending spring training and would delay the start of the 2020 regular season.

“I was actually on the road doing research, as basketball is one of our sports verticals, and it quickly became very apparent that we were going into a situation that could be devastating to sports and a lot of other verticals,” he said.

“As a researcher, I immediately wanted to understand how people are going to react to the situation, and also, what it was going to take to change things,” he added.

As Last considered the situation, he thought back to research he did after the Sept. 11 terrorist attacks for the Golf Digest Co.

“We basically did a survey to gauge people’s attitudes … how they felt about the world from a consumer confidence standpoint, as well as their willingness to get back on airplanes and travel again,” he said.

It was at this point, when Last was alone in his home office and admittedly, “Feeling grumpy,” that he got a call from a friend, Rich Thau, president and co-founder of Engagious.

“We’d known each other for 30 years and had the kind of relationship where we’d often finish each other’s sentences,” Last said.

Thau had also been thinking about the pandemic and the need for information to both understand it and plan in the face of it.

Both men said it took only about 30 minutes to hash out a plan for doing what Last called “this multi-phased pulsing of consumer attitudes and perceptions.”

“The goal was to answer the questions that everybody’s asking,” Last said. “‘What’s it going to take to get back to normal?’ ‘Why aren’t we already getting there?’ ‘Who’s ready and who’s not?’ And, ‘Why?’”

Since April 1, the two companies, in collaboration with ROKK Solutions, have been releasing their findings every two weeks, and the plan is to continue to release the results of ongoing and related analysis on a biweekly basis for the duration of the pandemic.

Topics range from the aforementioned willingness to take a cruise to thoughts on dining in restaurants and concerns over business liability as the economy continues to reopen.

In the latest addition of the survey, 547 participants were asked about the likelihood of returning to other leisure activities and travel experiences they participated in the past year.

The survey also compared data compiled following the 9/11 attacks and the 2008 recession regarding returning to leisure activities.

In late September 2001, 50% of those polled strongly agreed with this statement: Taking a vacation 500-plus miles is a priority for me and my family in the next 12 months. In early April 2020, only 35% of respondents strongly agreed to that statement. The number increased to 40% in late April and went back down to 38% in the latest poll.

“One of the great things about doing research like this is you are reminded every day that you are not always the respondent,” Last said. “There’s always something that surprises you in this kind of work.”

So far, Last and Thau said, they’ve identified three different sets of people, the sets defined by their emotional response to the pandemic.

The first group, and one the researchers say is growing by the day, is composed of those who are feeling “totally cooped up” and are ready to throw caution to the wind and get on with their normal lives.

The second group, on the other hand, representing about a quarter of the population, is people who are still very frightened and uncertain and don’t want to do anything until there’s a vaccine or some kind of reliable treatment protocol.

“And then you’ve got the third group, which is really kind of interesting and represents sort of the middle ground,” Last said. “These are people who are looking for a series of different assurances — varying somewhat by activity — before they’re going to be comfortable getting back to normal.”

Thau is also intrigued by these findings.

“I mean, it’s understandable that there’s a group that’s reluctant to get off the sidelines and re-engage before there’s a vaccine or treatment for COVID-19,” he said.

“And then there’s this other group telling us that there are some interventions that are not so dramatic, that could encourage them to go back to flying on a plane, or staying in a hotel, or going to a casino,” Thau said.

“What those people are looking for is some kind of official assurance — from the federal government or local health authority — that an activity is safe,” he said. “That’s actually pretty important. It means the right kind of assurances, coming from the right level of authority, could inspire a sizable number of people to re-engage long before there’s a vaccine.”

“What’s interesting is that when you move away from vaccines and medical protocols, what you find is that it probably isn’t enough for a single entity to say ‘Everything is okay,’” Last said. “But when you combine assurances from multiple sources, you suddenly see that putting people over the top.”

Last, Thau and Bonjean all said their desire is that their research will help the industries most negatively impacted by the coronavirus get back on their feet.

“That’s the purpose of it,” Thau said. “This is not a product that is meant to stay in existence indefinitely; it’s meant to coincide with the periods in which you go from the depths of a crisis to getting as close to back to normal as possible.”