An informative piece on handicapping includes SLRG research comparing those with and without USGA handicaps.

(Editor’s note: This is the first of a four-part series explaining the mission of the United States Golf Association, all in advance of the U.S. Women’s Open, the U.S. Open, the U.S. Adaptive Open and the U.S. Amateur. The USGA, which governs the game of golf in Mexico and the United States, serves a number of functions. What exactly is the USGA? Why is the organization important? This series delves into these questions and others. This initial article looks at handicapping, which the USGA provides, and how it helps to unify players.)

Ever since the World Handicap System was established on Jan. 1, 2020, the USGA has been on a mission to make obtaining a handicap easy and accessible.

“Four months ago, it wasn’t that easy,” said Steve Edmondson, the USGA’s managing director of handicapping and course rating.

That may have something to do with the fact that the number of golfers with handicaps – 2.86 million in 2021 – has been static for the better part of the last two decades. But the USGA has instituted several popular features to the Golf Handicap Information Network (GHIN), a service offered by the USGA to allied golf associations worldwide. By addressing the wants of its users, the GHIN app continues to push boundaries and the USGA is bullish that the percent of card-carrying handicap golfers will increase 50 percent — to 75 percent of golfers — said Gareth Londt, the USGA’s managing director of product, data and technology.

Beginning in February, any golfer in the U.S. can sign up for a Handicap Index by visiting USGA.org/getahandicap. Previously, you had to find your state and regional golf association. In Ohio alone, there are five state and regional associations to consider. The USGA will now direct users to the appropriate AGA.

Moreover, new golfers are issued a handicap faster, needing only to post scores for 54 holes in either nine- or 18-hole increments. Previously, the USGA didn’t issue a handicap; it was issued instead by a golf club. It was a fragmented structure. Now the USGA has a national pulpit to promote handicaps that beforehand it lacked.

“There’s no excuse,” Londt said. “Everyone has an internet browser, everyone has a mobile phone, and everyone is connected through the world wide web. Three clicks and you can have a handicap. There’s no longer the need to get off your sofa and get in a car and drive to a green-grass facility. You can do it while you are watching the U.S. Open.”

In a 12-week period and without heavy promotion, 30,000 golfers already have registered for a handicap. 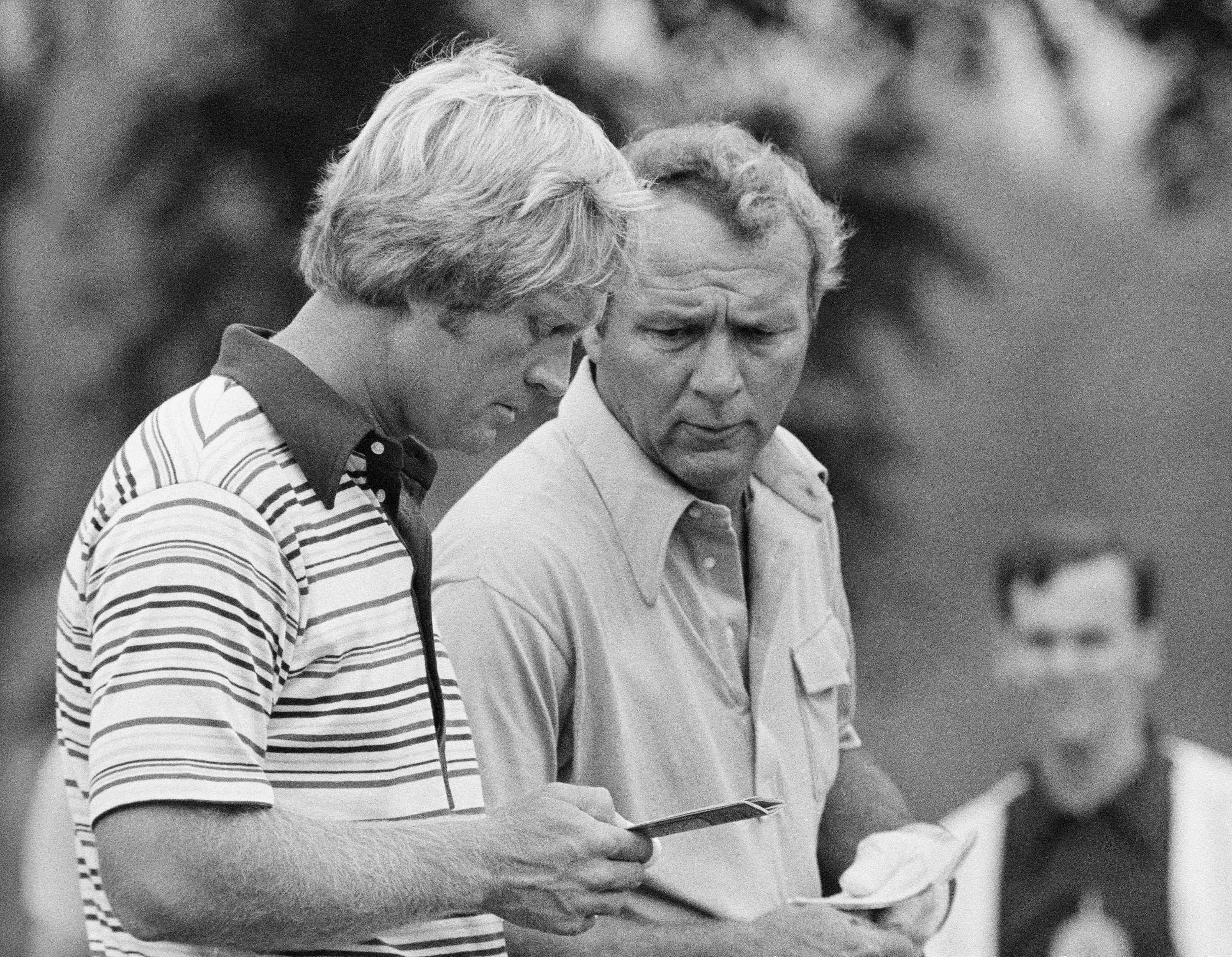 Jack Nicklaus and Arnold Palmer look over a scorecard during a practice round in 1974. Photo by Associated Press

The USGA’s GHIN product has some competitors but of the 58 Allied Golf Associations, only two don’t use GHIN products. The USGA authorizes the AGAs to deliver the handicap indexes for a nominal fee (free to juniors) and those AGAs are allowed to mark up costs based on their perceived market value in their own community.

The USGA also set a high watermark of no more than $80 across the US (in some states it costs less). The money generated from handicapping is intended to fuel local programs that engage golfers.

The history of handicaps

The USGA’s adoption of the handicap system dates to Oct. 11, 1911, the year of the first Indianapolis 500, back when Cy Young wasn’t an award but a pitcher who had just notched his 511th and final victory. The handicap system has become one of golf’s great distinctions, whereby participants of different skill – whether male or female, young or old, and even from separate tees – can compete fairly and equitably. In no other sport is it feasible for players of all skill level to play on equal footing.

In golf, a handicap is a measure of a player’s potential. For some, it is proof of progress, for others of incompetence and the deterioration of skill. It is a golfer’s photo I.D., allowing admittance to local, regional and national competition.

The system has continued to evolve ever since and received its latest reboot in 2020. Golfers no longer have to wait two weeks for their updated index. Now it is updated on a daily basis or faster than one can lose a sleeve of balls. Last year, it added hole-by-hole scoring via mobile devices while you play, which reveals how many drives hit the fairway, how many putts per round and other stats that can be tracked.

More recently, a distance-measuring device and green-reading materials that can be restricted at the elite level through a new Model Local Rule, but comply with the game of golf and can be beneficial to the recreational game are gaining in usage. (A free piece and an extended version for golfers who want to upgrade are available.) 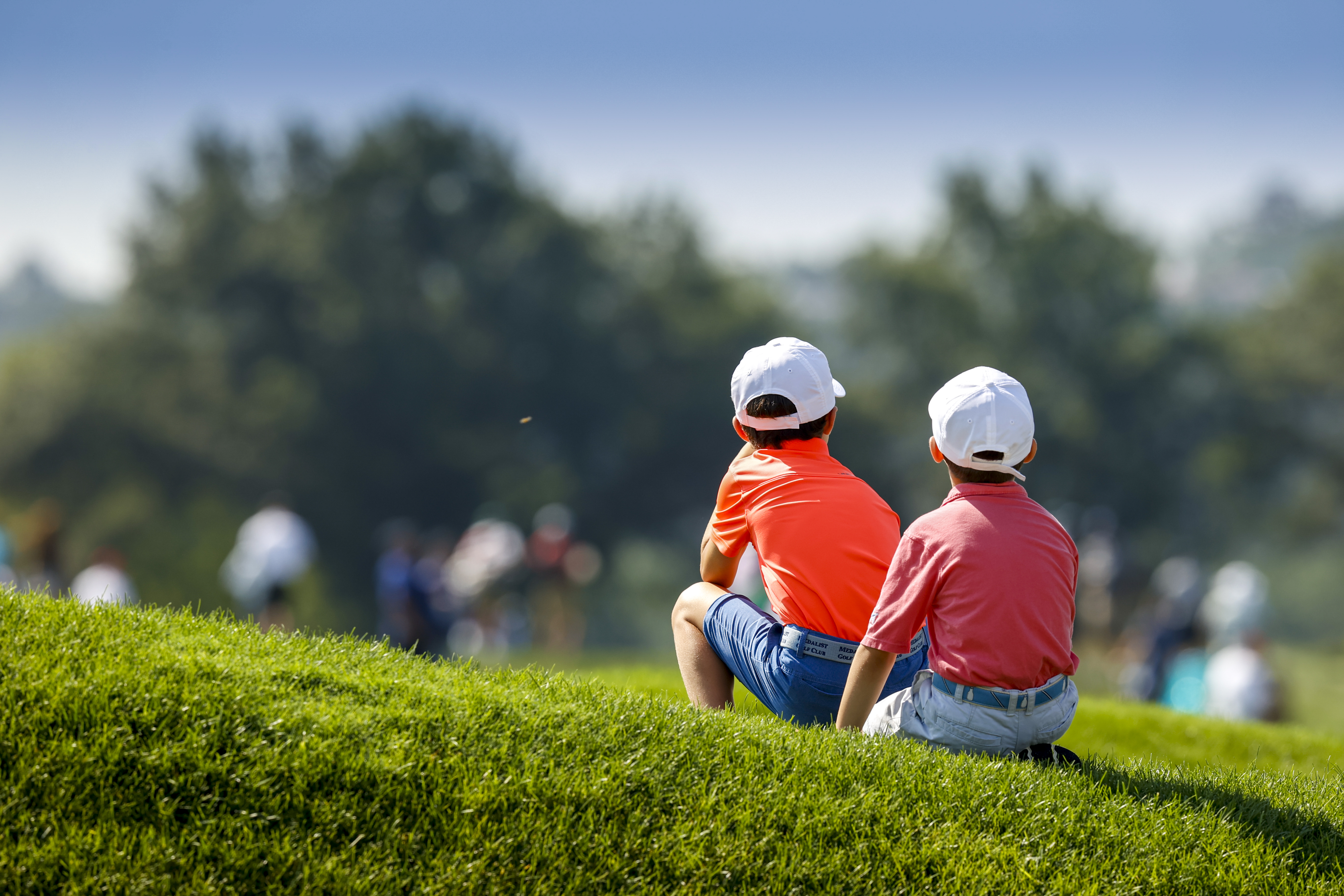 In early June, the USGA will be adding an Apple watch function that will allow golfers to see front-middle-back yardages to the green and allow golfers to input their hole-by-hole scores and record stats. It will be especially appreciated at clubs that don’t allow phones on the course. What do golfers want most? Surveys conducted with their customers indicate it’s data. While there are numerous products that do this, the USGA is anxious to provide these features in one app.

The USGA has poured $100 million in handicapping over the last 5 years – inclusive of WHS and GHIN –with the lion’s share directed to the GHIN/innovation/technology side. The handicap index is a key cog in the USGA’s effort to unify the game.

A survey conducted by Jon Last of Sports & Leisure Research Group, which provides custom research and market analysis, found that those with handicaps significantly out-index those without across key demographics, engagement with golf and related behaviors. For instance, those with handicaps play more rounds, spend more on golf, follow the game more closely and consider themselves to be “passionate” about golf.

As a result, the USGA is motivated to grow the number of golfers with handicaps. But there are still too many golfers who don’t have a handicap because they believe they don’t compete in tournaments, they aren’t good enough or don’t play enough.

Part of the plan is to demystify why a handicap is needed in the first place, and that begins with changing the nomenclature that a handicap is only needed by elite golfers to play in competitions.

“There’s a perception that you have to be a good player or competing in competitions,” said Edmondson. “That’s just not true.”

The USGA knows that the average handicap for a male is 14.1 and 27.7 for a female. Eighty-one percent of golfers with handicaps are male. It is pouring resources into attracting a new audience, particularly with women – the move to 54.0 as the max handicap embraces high-handicap females – juniors and public golfers. 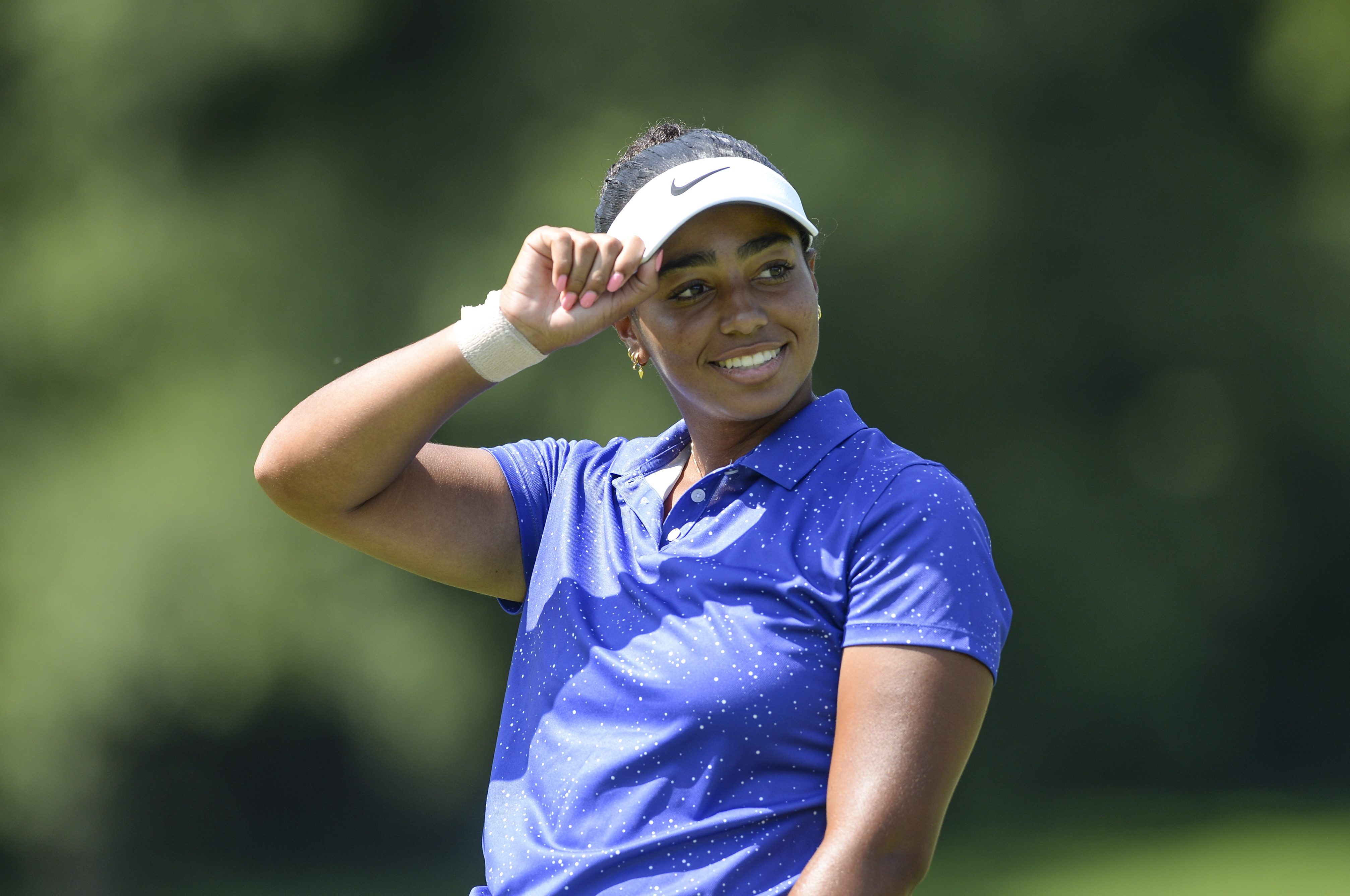 Bailey Davis react to her tee shot on the 16th hole during the quarterfinals at the 2021 U.S. Girls’ Junior at Columbia Country Club in Chevy Chase, Maryland, on Friday, July 16, 2021. (Kathryn Riley/USGA)

Edmondson said he sees an opportunity to look at off-course play and promote the importance of handicaps beyond competitive means. In the not-too-distant future, the USGA will debut a “Play Games” feature, which will integrate match play, Stableford scoring and other USGA-approved formats.

“It’s all interconnected to get more people to use the app and grow the community,” Edmondson said. “You need a handicap to be part of the community.”