Golf Business Weekly features current Back to Normal Barometer findings on how a less than optimal return to no golf leisure activities suggests greater sustainability for the surge in rounds played.

A second phenomenon that may have even longer term positive implications for golf, is a foundational shift that we are finding in work patterns. The pandemic has taught many businesses to pivot to hybrid and work from home models. There has been ever growing pushback from employers towards a return to the workplace, and the next chart (right), shows a steady decline in those working strictly from home.  However the split time hybrid model has more than held its own, particularly among golfers. If this workplace model becomes the new normal, or even maintains itself as a formidable and prevalent situation, we can comfortably surmise that the implications for golf will be a positive, as flexible schedules allow greater latitude for those who’ve embraced golf to continue to participate at heightened levels.

The final piece contributing to our bullish expectation for sustained rounds participation is a direct result of the COVID belt tightening that we are again seeing as we move towards the Fall.  Couple the hybrid work phenomenon with the delayed re-opening of workplaces, and conditions remain ripe for us to continue to ride the COVID wave through the balance of 2021.  You’ll see (left) that nearly one in 5 golfers won’t return to the office before 2022, if at all. And golfer sentiments are much in favor of such a scenario. It’s no surprise then, that the participation numbers reported by others, remain robust through the early portion of the Summer. 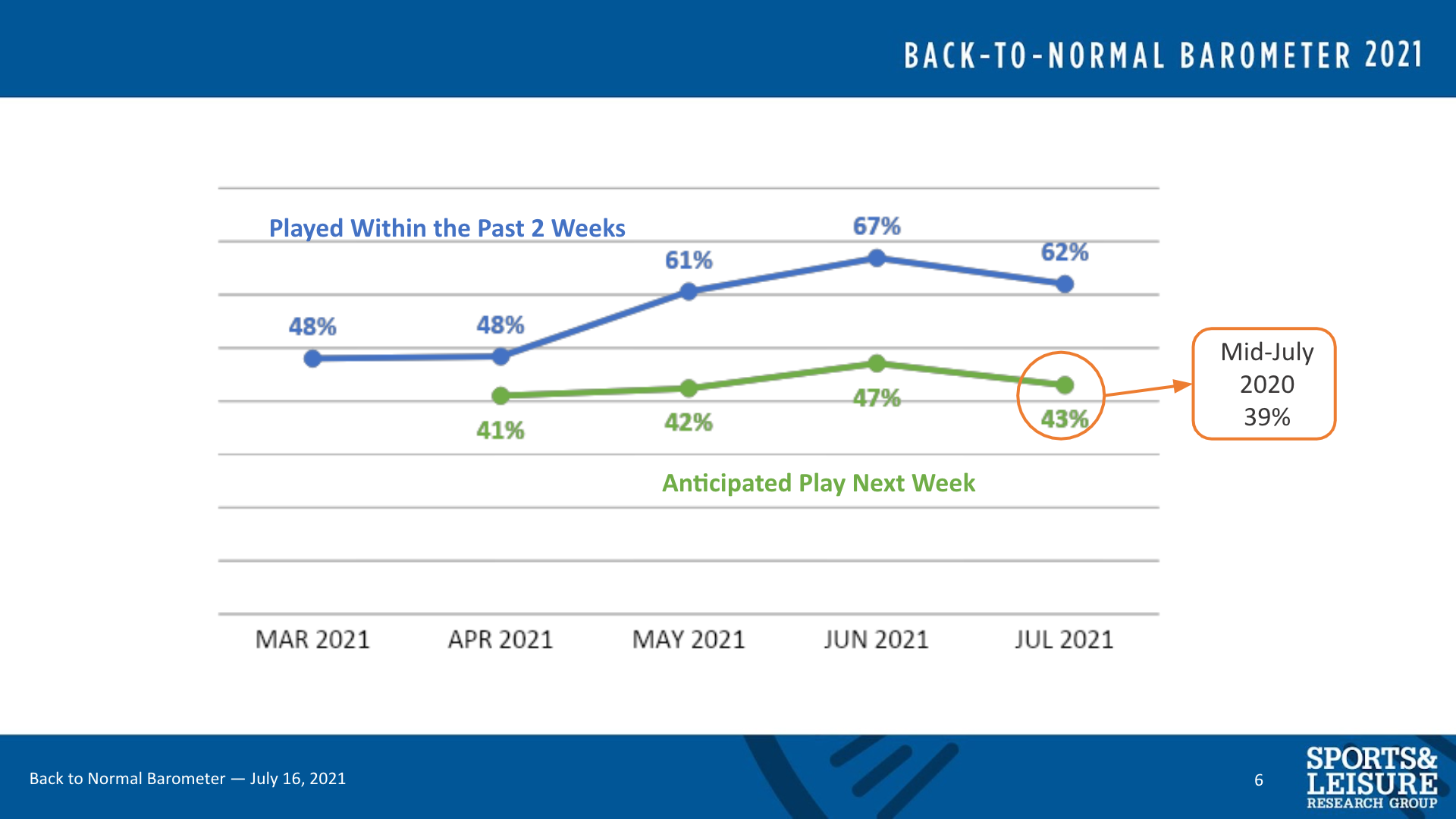 Our Back to Normal Barometer tracking (right) of more short term/close-in participation and expectation remain steady with what we reported last month and continue to show a positive outlook in the near term future and relative to where we were a year ago.  The party isn’t over yet for those facility operators who can exploit these opportunities and tap into the current golfer mindset.